Are you prepared to utilise the opportunities that will compress decades into few years?

The creators of Excellence Installation Technology Antano & Harini have their roots in Neuro Linguistic Programming (NLP) – the core of it. Not mere NLP techniques, but in the thinking that led to the revolution called NLP! They have learned NLP from both Dr. John Grinder and Dr. Richard Bandler, and most importantly personally mentored by the Creator of NLP Dr. John Grinder himelf, who has personally endorsed Antano & Harini to be two of the the finest in the world in NLP. Read full endorsement here

Often, one asks – what is the difference between NLP and EI Technology? To understand this accurately, you must understand the thinking that led to the evolution of both these powerful technologies.

In the world today, NLP has been reduced to a week-long program, and at the end of it, you are pronounced an ‘NLP Practitioner’. This is a tricky title. And means different things to different people. And also kind of misguiding.

Think about it. A practitioner of Medicine aka Doctor, goes through 4 years of study + 1 year of field experience, before his/her is prefixed with ‘Dr.’ And further still, they undergo several years of study and field experience to go through their super specialty courses. Likewise, in professional finance such as Chartered Accountants, Certified Public Accountants etc., go through several years of study + field experience before they are entitled the coveted the degree. A Practitioner of NLP (Neuro Linguistic Programming) on the other hand has earned such a title after merely attending a 6 day program. This puts undue pressure on the so-called ‘Practitioner of NLP’ to deliver – and the expectation as well as the entire system of education in NLP is severely flawed and impractical. Which is why you will find Wikipedia admonishing NLP as a pseudo-science that doesn’t work etc. The research by scientists that claim that ‘NLP doesn’t work’ has been carried out with a set of random ‘NLP Practitioners’, and not by carefully handpicking the best in the field.

So don’t expect an ‘NLP Practitioner’ or an ‘NLP Master Practitioner’ anywhere in the world to pull off a miracle – in their own lives or in helping others. It simply ain’t going to happen! Instead, there are people who have truly invested in learning NLP in it’s truest form (not the adulterated versions you have around today… you have to understand that fundamentally, NLP is an unregulated field and even the Boards and Authorities are merely Private organizations!) who are a league apart when it comes to the Impact they have had with NLP. There are extremely few people in the world, who are incredibly skilled in NLP. Some of them are investors, super successful entrepreneurs, who got into the NLP bandwagon during it’s inception and have worked closely with the founders of NLP.

The Creators of NLP themselves Dr. John Grinder and Dr. Richard Bandler are an unbelievably different league of skill altogether. Simply put, they are geniuses. One of a kind. Their entire wisdom of how they do what they do has not yet been coded as ‘NLP’. What is available as NLP is an attitude, a form of thinking that leads to further development, but for most of the world, NLP is only about the trail of techniques that Dr. John Grinder and Dr. Richard Bandler created about 5 decades ago.

Fortunately, Antano & Harini are incredibly gifted to be personally mentored by Dr. John Grinder, who has also mentored Tony Robbins. In this journey of being mentored by Dr. John Grinder, Antano & Harini worked on several complex medical cases, some of which were even considered medically impossible. Including Paralysis (C5 fracture, quadriplegia), Auto-immune diseases etc. As beneficiaries of incredible personal mentoring by Dr. John Grinder, Antano & Harini experienced Personal Excellence, skills and adeptness like never before and they started out in India, to pass on the benefits. They initially intended to create an Army of Quality NLP Practitioners in India, who not only know the ‘techniques’ of NLP, but become examples of Accelerated Success themselves.

What started out as an ‘NLP Practitioner Training’ eventually evolved into a Personal Excellence program that delivered unparalleled advantages and Accelerated Success to the participants. You could read about this metamorphosis here in this post called Journey to Legacy.

While NLP provides fantastic state of art technology of ‘change’, the most Essential part of change is not the change itself, but the Insight of arriving at WHAT specific Change should you make! This Essential part of Arriving at What change must you make Now to Get to where you want to get to, has not been coded in NLP. The Founders of NLP ofcourse, above and beyond, possess this wisdom in their very blood! But to the common NLPer, NLP is just about a bunch of techniques! And sometimes, using NLP techniques to make some changes has also resulted in reduced efficiency for a person. The ‘Diagnosis’ of what to Change – involves Wisdom, Insight and the ability to predict what the person’s life will be like holistically, across all contexts, with the new change vs. without the new change. The Framework of Excellence Installation Technology, fills in this gap. It covers the ‘How do you arrive at WHAT changes’ part of the Wisdom which is Core to Personal Excellence.

There’s more to the backstory. You could read about evolution of Excellence Installation Technolgy here in this post called Journey to Legacy.

If you want to Explore Accelerated Success in your life, explore the uP! Promise and take it uP! You will not only experience Accelerated Success in your Life but also the speed, stealth and finesse of Excellence Installation Technology in action. Fascinating by the power of this technology and it’s poly-contexual applications, we now have people who have invested more than 2-3 years, mentoring with Antano & Harini, to Master Excellence Installation Technology themselves. Soon, there will be EI centres all around India first, and other countries in the very near future.

Measuring Progress with an Accurate Baseline

Measuring Progress with an Accurate Baseline

Evolution for the Better

Evolution for the Better

The mistake every entrepreneur makes and how you can avoid it

The mistake every entrepreneur makes and how you can avoid it 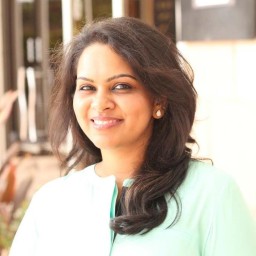 I WANT TO LAUNCH MY LEGACY

Please log in again. The login page will open in a new tab. After logging in you can close it and return to this page.